Marshall Construction Services: A Business Built from the Ground Up

Marshall Construction Services: A Business Built from the Ground Up

Like many people, the recession wasn’t kind to David Marshall. When faced with limited job
opportunities, David decided to get creative. He considered himself to be pretty handy, so he put an ad in the paper offering his handyman services. Overwhelmed by the responses, David realized he was on to something big. And so, Marshall Handyman Services was created. 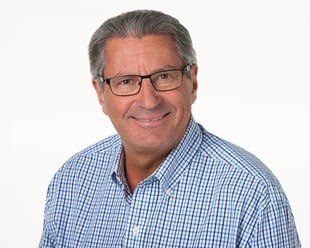 As David navigated between a casual income and a genuine business venture, the Entrepreneur Fund helped him along the way. A business advisor from the Entrepreneur Fund helped David situate his business for future growth. After his business was licensed and established, he decided to take Be Strategic: Grow Your Business, a business acceleration program that provides a forum for business owners to identify challenges and develop the strategies and tools they need to propel their business forward. “It made me stop the day-to- day and look at the big picture,” said David. He found value not only in the strategic planning portion of Be Strategic, but also in discussing strategies with the cohort of business owners that attended the classes with him. “Putting things in writing is huge. When you start sharing what you want to do, it makes you accountable.”

Attending Be Strategic in 2015 proved to be a turning point for David and his business. Once his plan was in place, David’s business took off dramatically. And although some aspects didn’t work out exactly as planned, Marshall Handyman Services hit its first revenue goal in 2016, with 2017 looking to close out strong as well. David attributes this growth to Be Strategic. “You absolutely have to get involved with some sort of strategic planning, and this is a great way to do it,” said David. “Now that you are aware of it, you have to do it. It forces you to get better.” 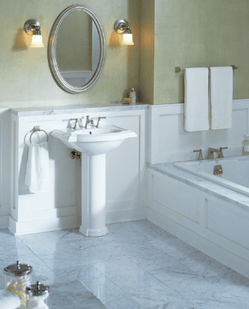 David continues to find ways to adapt the business. As a byproduct of Be Strategic: Grow Your Business, David was introduced to audio books that he now listens to during his half-hour commute. Listening to books like, The Culture Engine, The Boomerang Principle and Best Place to Work, David is working with his leadership team and employees to create an organizational constitution. By working with everyone within the company, he has started to survey leadership and employees of the company on productivity and values, in order to determine how employees are aligned with the values of the company. The goal is to use this model for hiring and training in the future. David is also looking into the legacy of the company by getting the organizational structure set while the business is still small.

Things have been moving quickly for David. David is in the process of rebranding the company as
Marshall Construction Services. “Things evolve and grow differently than planned,” said David. His original plan was to build models for kitchen and bathroom fixtures within his existing space in Lincoln Park. Once he realized that a model home in a new development would better suit that need, he looked at leasing out the space instead. With a potential deal in the works, David looks forward to a new business operating out of that space, adding to the already robust Lincoln Park Business District.

When asked about what he would say to entrepreneurs who are considering taking Be Strategic, David said, “I highly encourage people to get involved with that program. Some of the time and attention may seem overwhelming, but it gets you to take a step back and look at your company. It’s invaluable. You can’t go without it – well you could, but I wouldn’t recommend it!”

Enter your email address to subscribe to this blog and receive notifications of new posts by email.